A lot is currently happening in Kashmir. Absolutely, no one has any information about what actually is going on. The students were asked to vacate colleges. The officials have imposed 144 section all over Jammu and Kashmir. Security personnel are deployed high in number.

There are a lot of speculations in the media that Articles 370 and 35A will be taken down. Confirming the same, today, Amit Shah, inside the parliament announced scrapping of Article 370 in Jammu and Kashmir on the advice of the President of India.

A netizen tried to give a brief information on what it is! His thread on Twitter is presented here as an article.

Can Article 370 be revoked?

Art 370 (3) states that the President of India may, by public notification, declare that Art 370 ceases to exist provided that on the recommendation of CONSTITUENT ASSEMBLY of the state of J&K.

How to get the recommendation of C.assembly which dissolved in 1957?

What is Article 35 A 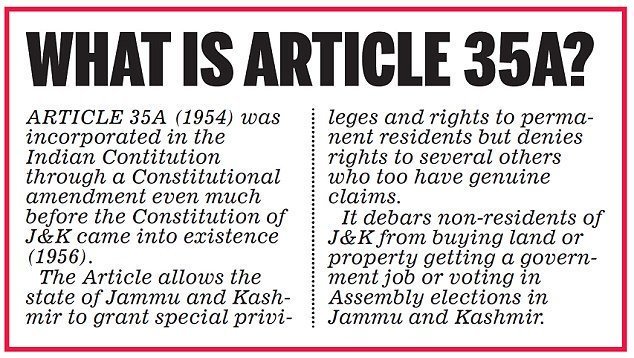 Article 35A imposes restrictions on other citizens & gives special provisions to only permanent residents of Jammu & Kashmir in:

Jammu & Kashmir Constitution came into force on Nov 17, 1956. According to it, a permanent resident will be a person:

b) who has been a resident of the state for 10 years & has lawfully acquired immovable property in the state.

Who is a state subject?

All persons who are born or settled within Jammu & Kashmir before 1911 or all persons who lawfully acquired immovable property for not less than 10 years prior to date.

How is Article 35A discriminatory?

Article 370 was only a TEMPORARY PROVISION to help bring normalcy in Jammu & Kashmir & strengthen democracy in the state. The constitution-makers didn’t intend Article 370 to be a tool to bring permanent amendments like Article 35A in the Constitution of India.

The President of India issued the following order today over the same! 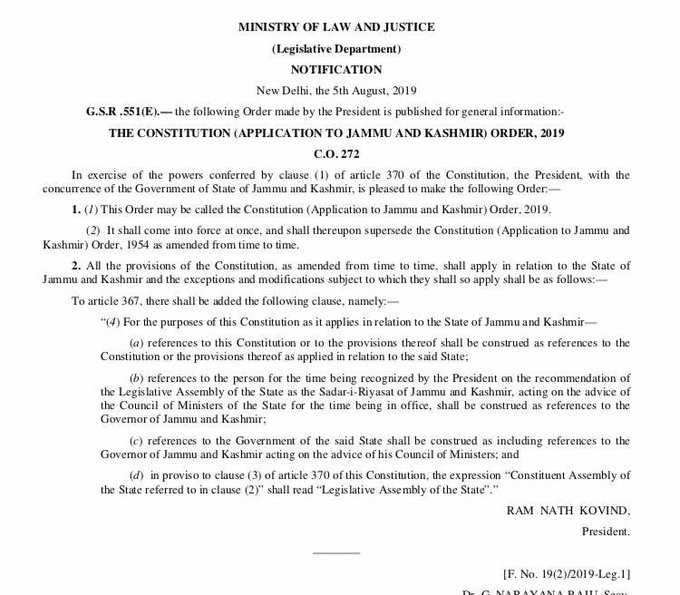 Article 370 never gave Kashmiris freedom. It only created selfish leaders who created a terror-filled society and robbed Kashmiri youth of opportunity. It is finally time for it to go.

Now, it simply means — One Country, One System. Jai Hind.

Why ‘1 Nenokkadine’ movie failed to live up to the expectations?...

‘Bulbbul’ – A story of pearl called Feminism, in the ocean...

Catch these April releases on Netflix while chilling at home

Untold story about ‘Best Selling Novel’ tag; Check it out

Another crown for Kaleshwaram Project