India is a country where nudity is still considered a taboo. Even though our ancestors used nudity in sculptures in ancient times, somehow we became more conservative as the years passed by. Do you know that there are a few people who survive on nude modeling? If not, check out this intriguing and inspiring story of Dhanalakshmi Mani Mudaliyar. There was a film made on her life, called Nude.

Dhanalakshmi was born in Madras (now Chennai). She shifted to Mumbai when she was 5 years old. She has five siblings. All of them used to stay at the Mahalakshmi area of Mumbai. Initially, Dhanalakshmi’s family used to earn money by doing small jobs. She used to even beg a few times to survive. Later, the whole family moved to Dharavi. Dhanalakshmi had to stop her education at a young age due to her poverty. She got married at the age of 14. Her husband Mani was 12-14 years older than Dhanalakshmi. 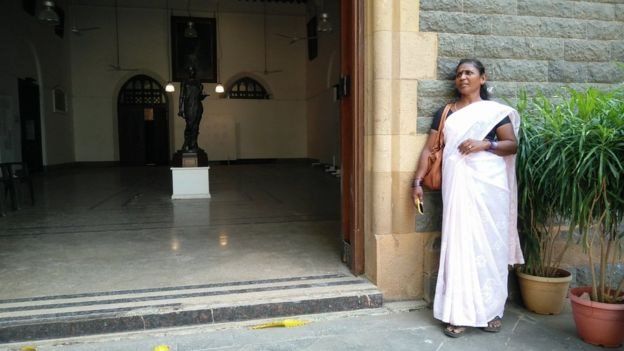 Initially, Dhanalakshmi felt a bit shy to pose nude for students. But she got comfortable after a few sessions. Dhanalakshmi gets Rs. 1000 for nude painting and Rs. 400 for saree painting. She is in this profession for the last 25 years. Director Ravi Jadhav made Marathi film Nude based on the life of this inspiring woman.

7 guidelines for covering celebrity suicides in a sensitive way

Meet NS Rajappan, the man on a mission of collecting public waste!

Do you love the song ‘Yemi Janmamu’ from C/o Kancherapalem? Then,...

Brahmins usually do not eat non-vegetarian food! Here is the reason...

Annalakshmi – A first of its kind unconventional restuarant | Full...

Want to overcome depression, Know the helplines in your country